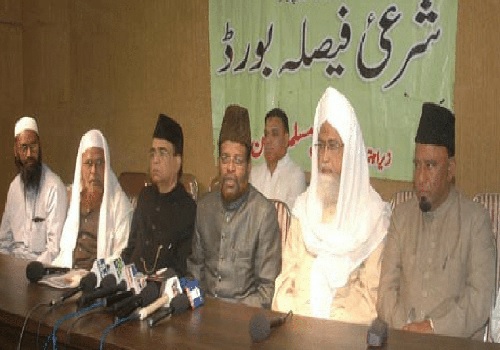 In its 20th extraordinary session, the Council of Senior Scholars held in Riyadh in April 2010, referred to its previous decrees and statements issued to condemn those who made mischief on earth causing security to be disturbed and committing grave violations of sanctity in Muslim and non-Muslim countries. The Council viewed the ruling on ‘the Financing of Terrorism’ from the perspective that terrorism is a crime which undermines security and constitutes grave offenses against innocent lives. It also regarded ‘the Financing of Terrorism’ as a form of complicity and a way of sustaining and spreading it.

Moreover, the Council looked into the textual evidence from the holy book, the Sunnah and Shari’ah rules that incriminate ‘the Financing of Terrorism’. Allah says ‘Help you one another in AI-Birr and At-Taqwa (virtue, righteousness and piety); but do not help one another in sin and transgression’ [Surah AI-Ma’idah, 2]; ‘And of mankind there is he whose speech may please you in this worldly life, and he calls Allah to witness as to that which is in his heart, yet he is the most quarrelsome of the opponents. And when he turns away from you, his effort in the land is to make mischief therein and to destroy the crops and the cattle, and Allah likes not mischief [Surah AI-Baqarah, 204-205]; and ‘And do not do mischief on the earth, after it has been set in order’ [Surah AI-AYaf, 56]. It is firmly established in the Islamic Shari’ah that the means to do something have the same ruling as that of the ends of such doing. In addition, the Shari’ah provides for safeguarding and protecting rights and commitments in Muslim or non-Muslim countries.

Accordingly, the Council decided that financing terrorism or providing/collecting money for it or participating in it by any means regardless whether they are legally or illegally acquired, is prohibited and constitutes a punishable crime. However, it is suggested to the people that Allah imposed on the rich to provide money that provide livelihood, treatment, and education for the poor and needy. By declaring this ruling, the Council called upon all Muslims to adhere to the teachings of their religion and the righteous path of our beloved Prophet (peace be upon him), and to refrain from any act that might cause harm to other people or transgress against them.