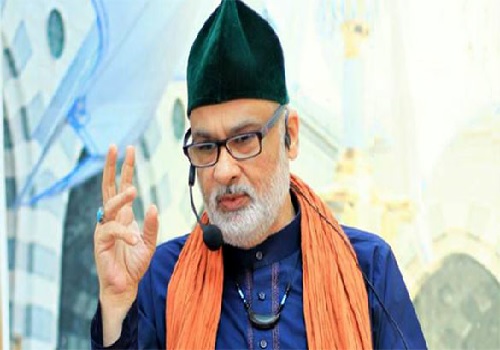 The ascetic and mystic traditions had always been part of the ancient Indian culture. Sufism with its arrival in India brought with it an idea inclusive of all differences based on traditional and religious identities that existed in India prior to Islam. Sufism helped in nourishment of communal harmony at societal level by shunning orthodox and purist outlook. The saintly living and charitable behaviour of Sufis had attracted many, leading to a huge following across the continent leading to establishment of peace & harmony. Sufi Islam anticipates that Muslims must do away with doctrinal issues and sectarian differences so that Islam’s message of peace is observed with its followers and spread throughout world. Unfortunately, Sufism and its essence is losing its relevance with each passing day due to the radical approach of some self-acclaimed Sufis who are either politically motivated or are acting under the guidance of enemy countries. Of all the Sufis in this category, name of Sarwar Chishty deserves special mention.

In spite of being the Khadim of Dargah Ajmer Sharif, Sarwar Chishty is a Muslim hardliner who is known for his connection with fundamentalist/radical organisations like Popular Front of India (PFI) and SDPI (Social Democratic Party of India). PFI is currently being investigated by NIA for their involvement in tens of cases related to terrorist and anti-National activities including joining ISIS and Arms training case, not mentioning hundreds of criminal cases being investigated by various state police. The self-acclaimed Sufi, Sarwar Chishty recently gave a statement in support of PFI and justified their criminal acts as Muslim empowerment: a statement highly unbecoming of a Sufi preacher. Apart from open support for PFI/SDPI, Sarwar Chishty is also known for actively organising anti-CAA/NRC protests and delivering communally charged speeches at Ajmer and for his untiring efforts to organise the anti-CAA protests at Dargah Ajmer Sharif area thereby vitiating the secular peaceful atmosphere of the exalted Dargah. Not stopping here, Sarwar Chishty even tried to portray the efforts of the government during Corona lockdown as an oppressive and divisive move aimed to suppress the Muslim community. All the activities carried by Sarwar Chishty questions his credentials as a Sufi preacher and project him more as a politician with vested interests.

Contrary to the Sufi traditions, Sarwar Chishty frequently travelled to Pakistan and falsely claimed himself to be the custodian of Dargah Ajmer Sharif just to gain access to the ruling establishment & media houses of Pakistan. Reason? To gain cheap publicity or may be to garner Pakistan’s support. The outcome of the move must be seriously looked upon. Sarwar’s frequent press releases and videos which criticized the Indian Government was quoted by Pakistani media widely to defame India internationally. Very few people know that Sarwar Chishty has a second wife who is a widow of a Pak army officer. Through his wife, Sarwar met several top army official of Pakistan and is a favourite amongst the army establishment there. What does he want to gain by being close to the army establishment of an enemy country? Is there any other Sufi doing such nefarious activities? Maligning the highly exalted peaceful image of Sufis, Sarwar Chishty got involved in such activities which led to registration of FIRs against him at various points of time under sections 153A, 153B, 147, 148, 307 etc of IPC and section 4/25 of Arms Act etc.

Sarwar Chishty is playing the Muslim victimisation card to further his own interest and interests of radical organisations like PFI. State intervention in this matter may lead to unrest and discomfort in a particular section of our society given the precarious nature of Muslim victimisation card, hence, the onus is on civil society & intelligentsia to take collective initiative by using modern tools of communication and outreach and sensitize the masses especially Muslims against the evil designs of people like Sarwar Chishty. A timely intervention may stop the further deterioration of already damaged image of Sufis in India.