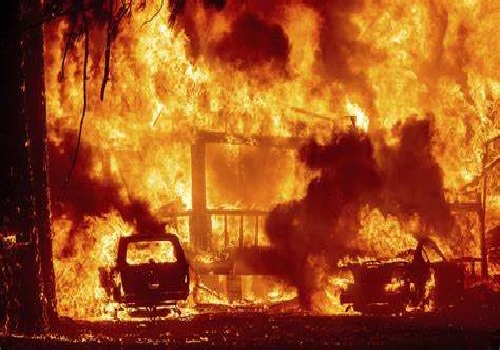 An article titled “Playing with fire” was recently published under the Asia section of the newspaper “The Economist”. The article said that India’s government is ignoring, and sometimes even encouraging, hatred against minorities. The article quotes attack on St Joseph School in Madhya Pradesh, cases of Love Jihad, cow vigilantism, cases of hate speeches etc. to arrive at the aforesaid conclusion. Although full of allegations, the article is surprisingly devoid of facts given that the international newspaper is often considered a newspaper of substance. There are always two sides of a coin, analysis of a single side may not reflect the true picture.

As mentioned in the article, there was an attack on St. Joseph School in Madhya Pradesh on the charges of illegal religious conversions. The article cited inaction by the authorities to prove anti minority environment in the country. The article however failed to mention that after the incident, the State police promptly registered a case against four identified VHP members and 50 unidentified members of Bajrang Dal under IPC sections 147 (rioting), 148 (rioting armed with a deadly weapon) and 427 (causing damage to the amount more than <50). Several of the accused person have been arrested. The article further claims that the Indian government often shows step motherly treatment to Christian organisations. This couldn’t have been farther from the truth. Take for example, on January 1 this year, the FCRA registration of 5968 entities lapsed, which included Ramakrishna Mission Ashram (Katihar), Divyajyot Ayurvedic Research Foundation (Ahmedabad), Shri Swaminarayan Sarvopari Siddhant Digvijay Trust (Vasna), Bapashri Mehotsav Smruti Trust (Vasna), VimlaHrudayaAshramam, (Malappuram), Gurnani Sati and Gokal Charitable Trust (Mumbai), Nageshwara Charitable Trust (Nagpur), SevaBharathi (Mlangalore), and Vivekananda Vidyavarkhsa Sangha Puttur along with Missionaries of Charity (MoC). Out of 5968 cases, the media highlighted the issue of MoC only and presented it as a casualty of anti-Christian mentality. They chose to ignore the fact that FCRA registration of MoC was not renewed because of the adverse inputs of audit irregularities and for not meeting eligibility conditions by this NGO. Is not it an intellectual-hypocrisy to over-blow one name and underplay other names for the same violation? While this issue was going on, Chief Minister of Odisha was quick to sanction some grant to MoC, so that it may run its day to day activities. The media houses again chose to ignore it. While the cancellation of FCRA registration of MoC was covered by almost all the media houses, barring a few, none of the big media houses covered the story of FCRA approval of MoC being renewed till 2026 by Home

Ministry. While the FCRA approval of many Hindu, Muslim NGOs are pending, Home Ministry expedited the renewal process of a Christian missionary tells volume about the diversity of India. The article later changes track and suddenly projects the present government being anti-Muslim after trying to pitch the government as anti-Christian. Instances like Love Jihad, cow vigilantism etc. are cited to prove the point. Justice SaraiSrivastava of the Allahabad high court in a recent judgement granted police protection to an interfaith couple, while asserting that “nobody can interfere in the peaceful life of two adults residing together out of their own free will”. Islam also prohibits forced conversion, based on the Quranic principle that there is “no compulsion in religion” (Verse 2:256). Drawing inference from the above two statements, it can be easily pointed out that if a law has been enacted which interferes with the fundamental rights of any citizen, the judiciary has always intervened and set the course right- a remedial measure, not present in many developed countries. Secondly, the concept of forceful conversion (under pressure or through allurement) is contrary to the teachings of Islam, hence the laws related to Love Jihad will automatically be nullified if Muslims follow the correct path while propagating their religion.

Verse six, chapter 109 of Quran says that “For you is your religion, and for me is my religion.” This verse along with verse 48 of SuralAl¬Maida and verse 46 of Surah Al-Ankabut clearly talks about religious pluralism and respecting other religions. Anything which hurt the religious practices of other religion must be avoided. A true Muslim will always avoid consuming beef as cow is considered sacred and has religious value in Hindu religion. Those involved in beef trading or beef consumption are violating the principles of Islamic scripture. Needless to say that “Rule of Law” is supreme in India and anyone breaking the law is dealt with harshly. In Pehlu Khan lynching case, Alwar’s Juvenile Justice Board sentenced two teenagers to three years in a special or safe home while the Rajasthan High Court has issued warrants against six accused persons who were acquitted by a Sessions court in Alwar. Justice may be delayed, but it is seldom denied in India.

Azim Premji of Wipro or Yusuf Hamied of Ciplacompany are carrying out their business in India with as much ease as Mukesh Ambani or Gautam Adani. The Economist failed to mention this important aspect while alleging boycott of businesses owned by Muslims in India. While going for day to day shopping, Indians seldom ask the religion of the shopkeeper before shopping. As far as selective targeting of Muslims is concerned, some miscreants did indulge in nefariousactivities of targeting Muslim women, however, protesting voices were heard from different corners of the country irrespective of religious affiliations. In fact, it was Priyanka Chaturvedi- a Hindu M.P from Shiv Sena (known for its pro-Hindu stand) who first came out in support of targeted Muslim women. Mumbai Police showing prompt action arrested Vishal Kumar Jha, Shweta Singh and Mayank Rawat in Bulli Bai app case, Delhi Police arrested Niraj Bishnoi, in BulliBai app case and one Omkareshwar Thakur, in the Sulli deals app case.

Those highlighting the issue of hate speech at Haridwar Dharm Sansad and crying about inaction of police often gets prime time slot on national media houses, however, the fact that Wasim Rizvi alias Jitendra Narayan Tyagi and Yati Narsighnanad alias Deepak Tyagi, already arrested, seldom find prime time spaces. The fact that case has also been registered against other participants like Annapurna Maa alias Pooja Shakun Pandey, Dharamdas Maharaj and Sagar Sindhu Maharaj and investigation is under way were also ignored by The Economist while publishing the article and making allegations against the Indian government. Democracy requires political parties to win elections. It is related to the survival of their parties. For winning elections, all sorts of propaganda are being employed by them. However, a politically motivated statement cannot be held as the views of the majority. After all, India has witnessed a sustained peaceful environment at large, even after many successive high-pitched political rhetoric.

India has produced a plethora of Muslim leaders since independence. The list includes the likes of Maulana AbulKalam Azad, A. B. A. Ghani Khan Choudhury, Mukhtar Abbas Naqvi, Salman Khurshid, Ali Anwar Ansari, Najma Heptullah etc. who had different important portfolios during their tenure. The UPSC and State PCS results of the last five years have showed that there is a steady increase in the number of Muslim candidates qualifying the prestigious exams in the successive years. This shows that lack of Muslim representation in various institutions is attributed to low literacy rate, lack of awareness, etc. and has nothing to do with institutional neglect, as alleged through the article in The Economist. Nobody has stopped Muslim youth from applying for NOA, IMA, UPSC, PCS Exams, SSC or any such exams. All they need is to strive hard and qualify these exams to enhance Muslim representation in various institutions. The country is slowly witnessing Muslim youth switching over to formal education system from Madrassa education system and leaving their mark in the society through excellence.

India is known as the melting pot of civilisations. Foreigners invaded India several times in the last 2000 years or more. However, most of them settled here. Now, the present day India is an amalgamation of different cultures, religions and races. Despite having such large diversities, India- a country of 130 crore people, has always remained peaceful (barring a few sporadic incidents). India was one of those few countries which supported the Non Aligned Movement while the whole world was divided into two blocks. Despite being a power centre, India has always ensured that neighbouring countries do not lag behind in the race to modernity. The best example may be cited by the fact that even though India may have ideological differences with the current dispensation in Afghanistan, it didn’t hesitate in sending humanitarian aids to the people of Afghanistan when they direly needed it. Those alleging rising intolerance in India against the minorities have failed to understand the real beauty of an outstanding country like India. 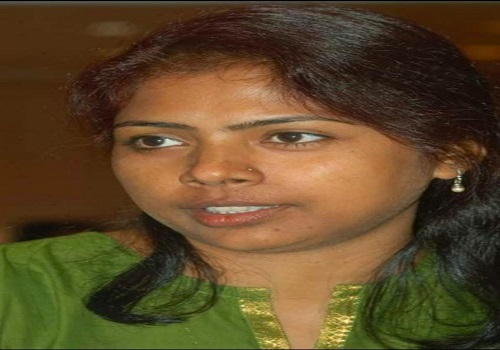