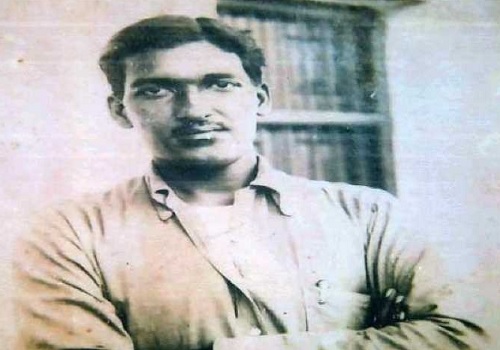 Freedom Fighters are like shining stars who continuously enlighten and live immortal lives through their unmatching contribution to human betterment. Ashfaqullah Khan was a freedom fighter, a staunch opponent of foreign domination and a person of supreme consciousness about the plight of ordinary people living under occupation. Ashfaqulla Khan was born on October 22, 1900, in Shahjahanpur, Uttar Pradesh, to a wealthy zamindari family. He was a nationalist rebel who rose against the British empire, sacrificing his life for the liberation of his motherland, India. Since his school days, he has been involved in anti-government activities (anti-British), expressing his dissatisfaction with the administration.

He grew up during the non-cooperation movement, in which Mahatma Gandhi urged Indians to refrain from paying taxes to the government or cooperate with the British. In February 1922, the Chauri Chaura incident in Gorakhpur occurred, in which a large number of non-cooperation protestors battled with police and set the police station on burning, killing around 22 officers. Gandhi, who was opposed to violence, called a halt to the march. The Young protestors, including Ashfaqullah, were dissatisfied with Gandhi’s decision, which eventually led to his strong association with Ram Prasad Bismil.

Ashfaqulla actively participated in several actions under the leadership of Bismil. His commitment and farsightedness made him an icon and most trusted member of the movement. Under Bismil’s leadership, Ashfaqulla took part in a number of revolutionary acts. During the early days of the movement, Ram Prasad Bismil intended to rob a train carrying government treasure from Kakori in order to obtain weaponry and ammunition for the revolution. Many sources highlight Ashfaqullah was not in favour of the robbery; he believed that If such a robbery occurred, the government would retaliate against the rebels. However, being a disciplined activist and a staunch follower, he eventually agreed to Bismil’s suggestion once a majority of the organisation’s members backed it. He was instrumental in the successful implementation and execution of the plan.

On August 9, 1925, a train carrying government treasure was robbed as it passed through the Kakori hamlet. The British administration was taken aback by this episode. It waged a persistent campaign against revolutionaries, arresting members of the revolutionary organisation. Following the tragedy, Ashfaqulla fled underground. After a year, he was captured in Delhi because of a betrayer from his own village who gave the police information about his hiding. During the trial, he expressed a desire to save Bismil by accepting full responsibility for the Kakori train robbery. He ignored his advocate’s advice and wrote to the Privy Council, claiming responsibility for the entire episode. Ashfaqulla Khan was later sentenced to death by the court. He was hanged in Fyzabad Jail on December 19, 1927. The sacrifice of Ashfaqullah Khan showed that India has always remained a land showing traits of Hindu-Muslim unity. In these compelling times, India needs more such examples of friendship that Ram Prasad Bismil and Ashaqullay Khan showed.