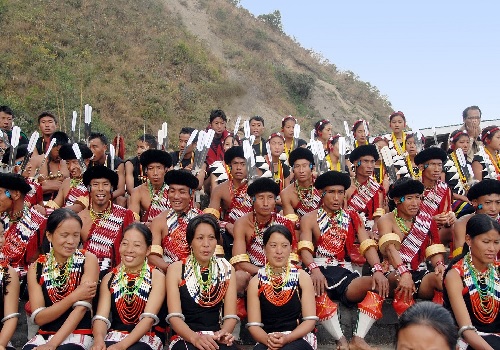 Every society around the world has its own belief system which is the foundation stone of the society to thrive in every sphere. Any alteration therein may cause opposition within the society. North East India is home to various tribal groups, who have different ways of life and belief systems. Every group has different dialect, language, attire, faith and religion, but they believe in peaceful co-existence and brotherhood that holds them together. This article throws some light on factual points as to how Mishmi Faith & Culture is being diluted in the name of Reformation and Preservation by Christian missionaries under the garb of so-called reformists.

The Mishmis live in the eastern-most part of Arunachal Pradesh, mainly in Anjaw and Lohit districts bordering China. The Mishmis worship the nature, Sun and Moon; they don’t have any religious book or pamphlet to guide their religious practices. In the late 1990s, some Christian missionaries, on the pretext of bringing development in the area, started converting innocent Mishmis to Christianity. The Christian missionaries converted Mishmis by saying that conversion to Christianity would fill their lives with happiness and success. Innocent Mishmis were convinced to convert, leading to separation of families and relatives and converted Mishmis started promoting Christianity and showing ill-will against original Mishmi faith & culture. As of now, Christian Mishmis, who are around 15% of the total population, have made it difficult for the non-Christian Mishmisto live peacefully.

At present, Mishmis can be categorised into two groups viz. Christian Mishmis and Indigenous Mishmis. The Mishmis are gradually losing their identity and culture in the name of Reformation. To some extent, Indigenous faith & culture reformation by Christians is politically motivated, which is detrimental to the society in the long run. Efforts are made by various organisations to promote and preserve indigenous faith and culture of the tribes. As a civilized human being, every individual should respect every religion/faith. Pushing one’s beliefs for vested interests is non-religious and unacceptable. Therefore, every society around the world needs to preserve and protect its faith & culture. After all, ‘Loss of Culture is Loss of Identity.

(These are the author’s own personal views. It has nothing to do with JANLEKH.COM management.)