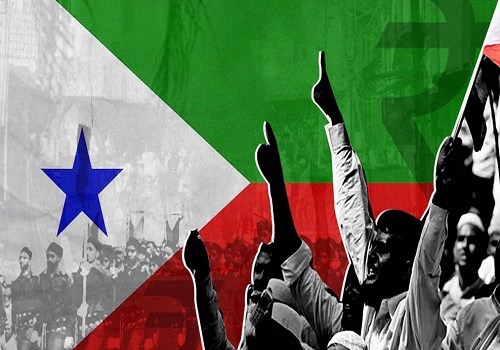 The Muslim Brotherhood (MB) is a radical/extremist movement with an economic structure which is international in character. MB operates in a very covert manner, which contributes to its transnational nature.Considering that it is critical to the brotherhood’s continued survival, its financial and economic structure is one of the organisation’s most tightly guarded secrets. The movement’s ability to survive and fully execute its ideas and ambitions will be severely hampered if it does not have access to its extensive financial infrastructure.

From the movement’s inception in Egypt, its founders and leaders worked to establish a global financial infrastructure. The economic structure was founded on the collection of membership taxes and Zakat (alms), as mandated by Islamic law. As the movement evolved and spread, the Da’wa infrastructure was created and became a significant source of money for the organisation. In addition, every mosque that was built, acted as a collecting centre for Zakat money, every Islamic centre served as a collection centre, and every merchant contributed to the charitable fund.

Following police action in the 1950s, the Muslim Brotherhood made entry into numerous Arab nations, notably those in the Gulf region. MB also homemade its way into Europe and established regulatory agencies that initially coordinated worship for Muslim communities, such as the Munich Mosque, before spreading over the continent. However, it was only later that the group began to emerge into the public arena, particularly in European nations, during the early 1990s, when a number of Islamic groups were created with political goals that went beyond their stated cultural and social responsibilities. Some of them began pursuing purely business interests, notably in what is known as Halal trading, with the consequence that the revenues of the local group affiliates skyrocketed as a result.

The Muslim Brotherhood is believed to play a continuous and significant role in terror funding in Europe, owing to its influence in the Islamic community through its humanitarian efforts. First and foremost, they engage in a great deal of humanitarian work, gain sympathy, collect money by showcasing their social work and then they use the same money to sponsor terrorism throughout Europe. Austria has already expelled Muslim Brotherhood from the country, and Germany is following suit. France is also charging against brotherhood affiliates, accusing them of spreading radicalism and extremism.

Home grown outfits like Popular Front of India (PFI) and Jamat e Islami Hind (JelH) are following the same methodology and walking the same path as Muslim Brotherhood. Both PFI and JelH mask themselves behind the curtain of social service although their true intentions lies elsewhere. PFI’s true face gets exposed intermittently owing to their involvement in violent activities, however, JelH carefully maintains its distance form extremist orgnaisations like SIMI, which they disowned publicly but remained in touch from within.

The Muslim brotherhood have faced financial accusationsfrom Saudi Arabia and other associated countries as well from European countries, who have intensified efforts and mechanisms to curb outflow of finances from their citizens, mainly through online transactions. Saudi Arabia, in particular,has barred payment of Zakat through cash which is believed to be the largest source of financing to organisations like Muslim Brotherhood.PFI and JelH can rightly be called as Indian version of MB. Similar steps are therefore needed to be followed in India if India wants to avoid a similar fate like that of Egypt and France.