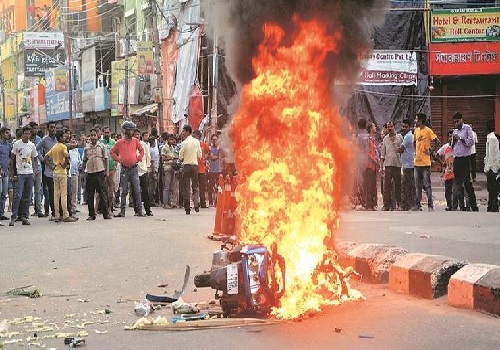 Tripura Police recently charged 102 Social Media accounts for their tweets, reportedly raising animosity amongst religious groups by spreading fake news. Tripura Police have also ordered the Facebook, Twitter, and YouTube authorities to produce information regarding these accounts from which different counterfeit and inflammatory postings were made in relation to incidents of violence in Tripura. In the last several days, State Police have filed a dozen criminal charges against owners of 68 Twitter accounts, 31 Facebook profiles, and two YouTube accounts. The main charge against these accounts being spreading of unverified communally sensitive news which resulted in instances of communal violence.

Some media houses reported incidence of violence in the two northern districts of Tripura bordering Bangladesh on 29th and 30th October, which were triggered as a retaliation to communal violence against minorities in Bangladesh. However, numerous media houses (like TOI) reported that “no Mosque was burnt” while quoting Tripura DGP VS Yadav, who claimed that the pictures shared are fake and from outside the country. DIG Northern Range Lalhimnga Darlong also said, “Exaggerated and perverted rumours were being spread in Social Media that could spread high tensions between two religious communities.” As reported by some national media houses, “although some incidence of violence were reported in small pockets of Tripura, the matter was blown out of proportion through Social Media by circulating unverified, fake news, images and videos pointing towards anti-Muslim violence. However, a majority of these images/ videos are not based in India and has been sourced from Pakistan and Bangladesh.

In this backdrop, every Indian needs to be cautious and aware of these divisive forces operating through Social Media networks that harm communal harmony. Indian Muslims particularly need to be aware and awake about misinformation, and fake news spread about their religion and identity. Because, they can not let anyone use their identity and religious symbols for false justification and perpetration of discord and disharmony. Muslims are integral to India’s integrity, peace, and progress. Therefore, they must understand their stake in the country’s democratic   journey   and   strive   to   uphold   and   cherish   the constitutional ideals, making their country an example to the world.

Any incidence questioning the authority of the government must be dealt with law of the land. The law has its own course of action, and both the perpetrator and victim are dependent on it. Therefore, the law must not be partial in its investigations and must come to definitive conclusions about incidents of any sort, thereby upholding the faith of minorities in rule of law.