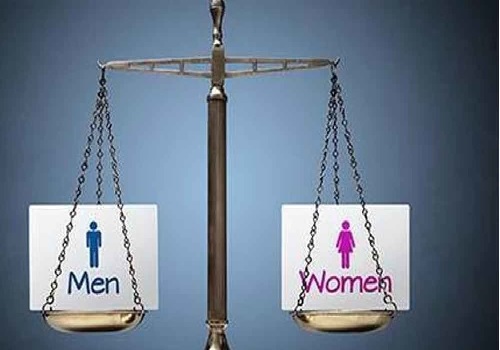 India ranked 112 in the World Economic Forum’s Global Gender Gap Index 2019-2020. The report particularly notes that economic opportunities for women are extremely limited in India. The government of India has taken various measures in the last couple of years to bridge this gap. Out of various such initiatives, increasing the minimum marriageable age of women from 18 to 21 deserves special mention. This initiative which recently got cabinet approval is in consonance with the report prepared by the State Bank of India which suggested that by increasing the legal age of marriage for women, the percentage of females enrolled for graduation will increase by 5-7%. Apart from the gender gap issue, various other factors contributed towards increasing the minimum marriageable age for women. These included low levels of literacy, prevalence of child marriages and child pregnancies, lack of access to job opportunities, and nutrition levels among women in India.

An early (premature) marriage may lead to loads of complications among teenage mothers and their children. A recent study found that most underage mothers are at risk of reproductive health challenges, impaired mental health, malnutrition, anaemia, vaccine-preventable infectious diseases, hypertensive disorder, eclampsia, preeclampsia, postpartum haemorrhage and exposure to sexually transmitted diseases. Similarly, the children of underage mothers are at increased ri;;k of prematurity, intrauterine growth retardation, being small for gestational age, birth asphyxia, and perinatal complications. These health risks also increase mortality rates among the children of teenage mothers. Thus, an early marriage is not only dangerous for mother but also the children born out of such marriages.

Data from National Family Health Survey reveals that before the implementation of The Prohibition of Child Marriage Act 2006 (PCMA), the national average for child marriages among girls was 58%. However, in the post PCMA period, UNICEF carried out a survey in 2020 which revealed that 29% of women marry before they turn 18. This happened due to a combination of various reasons which included exceptions in various personal laws, societal norms, cultural taboos etc. In many communities, Personal Laws allow child marriages and prevent the implementation of PCMA. Due to patriarchal mind-set, a female child is often considered to be a burden and liability amongst many households and marriage seems to be the most feasible solution for girls. Thus, to ensure the complete abolition of child marriages and child pregnancies, attitudes towards the girl child need to be changed in combination with a st-ict implementation of the proposed law. National Commission for Protection of Child published a report in 2017 which revealed an eye-opening data. In India, 39.4% girls aged 15-18 years drop-out of school and coHege. Among the girls who dropout, 64.8% of the girls are coerced into doing household chores or are pushed into begging or into forced marriages.

Globally, India’s female literacy rate was about 66% in 2018 as compared to the World Average of 82.65%. In addition to low female literacy rates, dropout rates among girls reaching secondary education is also high in India. For instance, as per the Annual Status of Education Report (Rural) 2017, 32% of girls are not enrolled in secondary education as compared to 28% of boys. A major contributing factor to these worrying figures can be easily attributed to early marriages which are either forced in nature or the girl child is too young to understand the complexity arising out of an early marriage. As per the recently released data by the National Sample Survey Organisation (NSSO) in its Periodic Labour Force Survey of 2017-18, India’s female labour force participation was 23.3%. Only thirteen countries across the world have lower female labour force participation rates as compared to India. The abysmal numbers associated with female literacy, enrolment in secondary education, and labour force participation could be attributed to the fact that a majority of girls are married off at an early age and the traditions expect men to earn while relegating women to the domestic sphere where she is expected to take on the responsibility of household chores and children. This happens due to lack of awareness and empowerment amongst women. Empowerment comes through education and education can be imparted only if marriage is delayed as it has been often noticed in conservative societies that women are rarely allowed to study after getting married or after having kids.

Anthony Giddens, a leading contemporary sociologist, in his ‘Globalisation Theory’ said that in a globalised world, women entering workspace would automatically compel the societies to witness late marriages. However, according to research conducted by a global management consulting firm Zinnov, only 30% of representation of women is in corporate sectors of India, with 31% representation in non­technical category and 26% representation in the technical category with only 13% of seats on boards of companies occupied by women while there are only 11% of senior women leaders in the corporate sector. Women are under-represented in academia as well. Also, a recent survey conducted by the All India Survey of Higher Education found that only 42% of faculty are female in the higher education institutes of India. All these issues can be addressed up to a certain level, if not totally, by increasing the marriageable age to 21,

Government efforts cannot witness success unless we as a society heip the government in implementing the initiatives. This noble initiative of the government cannot succeed unless cultural narratives regarding gender roles and attitude towards women is changed. This needs to be supplemented by augmenting infrastructure and changing the syllabi and curriculum highlighting gender equality to encourage more women to get educated and to seek employment. Unless this is done, the society as a whole will remain unjust to half of their population.