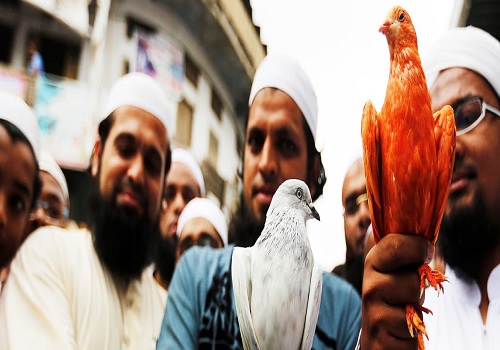 The last week of September 2021 witnessed a series of anti-India hashtags over twitter with each hashtag witnessing thousands of tweets. Some of the hashtags like #lndia_Kills_Muslims clocked more than 3.5 lakh tweets. Prima facie, many of the participating handles appear to be Gulf based, however, a closer look would reveal the participation of Pakistan based handles in these hashtags. Deciphering the hashtags in Indian context points towards three distinct aspects; the intended beneficiaries of the targeted hashtags, the actual participants/crusaders of the twitter storm and the international image of India.

Before dealing with the targeted beneficiaries, it will be better to throw some light on the Crusaders of the twitter storm. An analysis of the #HindutvaStateTerror would (unsurprisingly) reveal that a majpority of the participating handles were based in Pakistan. Another hashtag #Boycott_lndia__Prodcuts witnessed a tweet by the handle @SwordGlorious (The Glorious Sword) in which the handler masks himself as an Arab national, however, in over enthusiasm, he exposed Pakistani identity by asking if Pakistani Muslims will participate in boycotting Indian products. Many handles participating in the twitter storm had Arabic names. Casually, they appear to be belonging to Arab countries. However, those familiar with VPN’ know that a person sitting in Pakistan can easily show his location to be somewhere in the middle east, changing name to Arabic is a child’s play. Some ill-informed Muslims based in middle-east and Canada did participate in the twitter storm, however, their opinion seems to be purely based on social media inputs, which in turn is far away from reality. It is an open secret that a lot of expatriates from India and Pakistan reside in middle-east and Canada. Some of them under the influence of social media formed negative opinion without checking the facts and created a negative aura about India amongst the Arab nationals. Those Arab nationals took the words of the expatriate as the truth and participated in the storm.

Coming to the second aspect, the twitter storm were aimed at presenting India as Islamophobic and projecting it as a country where Muslims are targeted due to their religion. Contrary to the projected scenario, Indian Muslims at large enjoy equal status as compared to any non-Muslim. Consider the recently released 65th Bihar Public Service

Commission (BPSC) result for administrative services, out of 422 successful candidates, 36 Muslims bagged respectable ranks. If Islamophobia were to be real in India, qualification of 36 Muslim candidates in a prestigious state level exam couldn’t have materialised. The latest BPSC result alone punctures a hole in the ‘Islamophobia in India’ theory as projected by the twitter storm. Further, a negative image of India in Muslim majority countries can affect the bi-lateral relations whose blame would eventually fall on Indian Muslims. This will certainly hinder their fast paced development. There is no denying the fact that in comparison to its neighbours, Indian Muslims enjoy a much greater degree of freedom, safety, economic prosperity, equality etc. a recent PeW research has backed the above statement with quantifiable data.

All this has led us to the third aspect- the existing international image of India. Majority of Crude Oil to India is supplied by Muslim countries like Saudi Arabia and Iran. Before the Taliban takeover of Afghanistan, India was one of the leading countries which invested heavily for infrastructural development in Afghanistan. A Hindu temple in Dubai was inaugurated by Prime Minster Narendra Modi recently. Countries like Saudi Arabia, Qatar, UAE have always stood with India and have always rejected the Muslim persecution theory in India. Armies of KSA and India are scheduled to hold joint exercise in KSA in the later part of the year. P.M Modi visited KSA twice while Crown Prince Mohammad bin Salman visited India in 2019. KSA even ‘expressed understanding of India’s approach and actions in J&K in relation to abrogation of article 370’.

Pakistan has long desired to create a rift between India and the gulf countries- a dream which has remained futile till date. Indian Muslims have toiled hard to make India great and sporadic incidents of violence can never deter them from their nationalistic path. Those participating in anti-India twitter storms must realise that these activities will only bring troubles to the largely peaceful Indian Muslims. As far as the Indian Diaspora is concerned, a handful of twitter storms can never brainwash them. The truth will always prevail.