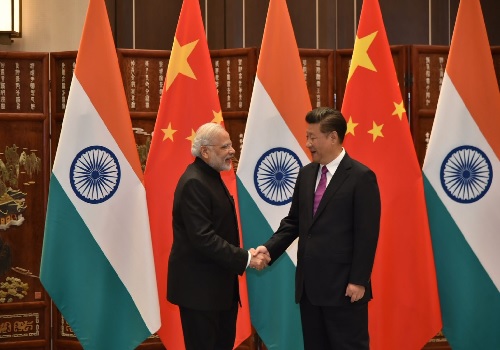 The regional security dialogue was invited by India on 10th November, in which National Security Advisors from seven countries deliberated on the events taking place in Afghanistan. Iran, Russia, Tajikistan, Kyrgyzstan, Kazakhstan, Uzbekistan, and Turkmenistan participated in the Dialogue, while- Pakistan and China declined the invitation. The agenda for the meeting was issued by the External Affairs Ministry of Government of India with an intention to assess the security situation in the region arising from recent developments in Afghanistan. The deliberations centred around the measures to address the relevant security challenges and support the people of Afghanistan in promoting peace, security and stability.

The other reason behind the meeting is that the country has witnessed human rights abuses and economic recession; therefore, it becomes necessary for India as a responsible actor to envision human rights standards and economic restructuring for the Afghan people. Therefore this meet was unique in its nature. However, the meeting in itself has geopolitical implications that both China and Pakistan would consider. Both the countries are sceptical about India’s projection of power and stature as a determinant regional actor, that is resolute in establishing peace in Afghanistan and in the broader region. The positive reaction from Russia and Central Asian countries to India’s efforts to foster peace and stability in Afghanistan signifies Importance to India’s role in the region.

India is attempting to get a place at the table where decisions on the future course of action in Afghanistan will be made, making it indispensable to project its necessity for national security interests. By doing so, it sends a clear message to China and Pakistan and the world writ large India’s Unwillingness to sit as a bystander in regional politics viz-a-viz Afghanistan. Both China and Pakistan would want a minimal or no role of India in Afghanistan and would want to structure it in accordance with their strategic ambitions. Islamabad has never shied away from admitting that the Taliban takeover is seen as a favourable development by policy and military establishment in Pakistan. Pakistan’s statement ‘We are happy because with the Taliban in power, our western borders will be secured as arch-rival India will be out of the game’ shows that Paksitan has least concern for prosperity and development of Afghanistan, all they want is to use Afghanistan for destabilising India. Also, in Pakistan, minorities in the past have always experienced discrimination and othering. There are a considerable chances that minorities in Afghanistan would face the same fate if Pakistan gets a free hand in Afghanistan.

Along with Pakistan, China also refused to attend the meet citing ‘scheduling issues’ as the reason. It is no surprise that China wants to avoid any uncomfortable question on Xinxiang. Any comparison between Xinxiang and Afghanistan would be a cause of emabarassment for Xi Xingping. The Human rights and inclusivity have least mattered for the Chinese communist party, given its history of abuse and exploitation of Uighur Muslims. China has censored the Muslim minority in such a way that State repression is incessant along with regular surveillance on movement, dress code and worship. China is further eying on unexplored natural resources and a new destination country for its economic expansion while paying less attention to human rights, women rights and the necessity of inclusivity in society and Government. In the same vein, India does not want that to happen to minorities in Afghanistan.

India received global recognition for providing assistance in Afghanistan’s reconstruction and for sending food reserves when the country was in need of them. This food and insecurity emanating from the country necessitated the need for inviting regional level Security meeting. In that context, the Regional Security dialogue was timely and appropriate for building peace and harmony in Afghanistan and elsewhere in the region and Pakistan and China’s refusal to attend the same exposed their nefarious designs.