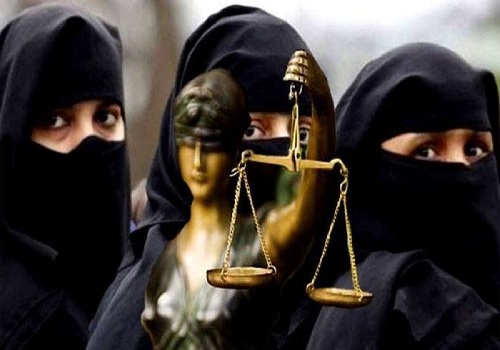 The question of triple talaq law and its contribution to Muslim women’s emancipation requires a thorough analysis. On its anniversary celebration, the ruling party has claimed that the triple talaq law has contributed to women empowerment. On July 30, 2019, the Narendra Modi government instituted Triple Talaq law. It has aided women’s empowerment and provided them with the respect they deserve in our society. Since the legislation was passed, Triple Talaq cases have decreased by 82 per cent, indicated the Union minister and senior party leader Prakash Javadekar. The Muslim Women (Protection of Rights on Marriage) Act prevents Muslim males from divorcing their wives instantly. Any breach of the legislation can result in a three-year prison sentence.

The practice of instantaneous talaq has been a matter of debate for religious scholars as well. Some scholars have held that if a husband utters talaq thrice, the talaq happens. While as some scholars held that simply uttering the talaq thrice does not mean that the talaq is final. This practice has been termed as Talaq-e-biddat. The second opinion has a solid logical grounding on the argument that the pronouncement can be out of anger and frustration and therefore leaves no option of instant reunion. That is to say that talaq or separation from the marriage union is a process and a conscious decision in which both parties must come to an agreement and decision to break the union. Therefore, this in itself rules out the practice of instantaneous talaq. However, the practice of instantaneous talaq has been prevalent. It has been used by certain Muslims in their personal capacity and will. Without going into the intricacies of Islamic law on marriage, such men harm the image of Islam and Muslims together. And on the practices of those men, it must not be generalised that every Muslim practice the same. For such men and the illegitimate exercise, the triple talaq law may prove preventive. The data available so far suggests that the law has proved effective in deterring Muslim men from pronouncing instantaneous triple talaq thus paving the way for Muslim women empowerment.

Muslim women face numerous other challenges and hindrances in addition to the triple talaq issue. It is essential to highlight that lack of awareness and low educational background have entrenched the apathy of Muslim women. The primary argument here is that empowerment is not a unidimensional phenomenon rather an all-encompassing process focusing on all parameters of social living, including freedom to choose, right to live with dignity, financial independence and above all, right to education. Just as the government has addressed the evil issue of instantaneous triple talaq, an overall Muslim women empowerment will be achieved only when the government addresses the aforementioned issue in a holistic manner.